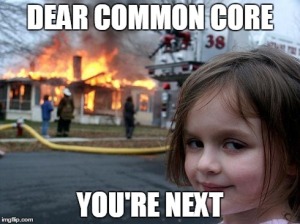 These are the Common Core Weekend Reads for December 7, 2014.

“I would like to see us throw out Common Core standards and adopt the standards Massachusetts used to have,” said Sen. Donna Boley, R-Pleasants.
– Charleston Daily Mail, Editorial – Tread lightly on new education laws

“From the standpoint of national support, [Mr. Kasich] is out of step with virtually every other candidate,” Mr. Zawistowski said. “He’s on the wrong side of Common Core and Medicaid expansion. On immigration, he’s really hurt himself on that. But that’s John Kasich.”
– Toledo Blade, Ohio Gov. Kasich Potential Presidential Candidate

“We found obviously that federal mandates don’t work well. Where we’ve had the most success is around incentives. And lots of carrots. Not mandate, not have sticks, but put money out there where we can to reward excellence–and that’s a hard sell on both sides in Congress. They’d much prefer straight formula funding. So we’re always fighting to have just a little bit of money to put out there as carrots.” – Arne Duncan
– Missouri Education Watchdog, How the USDoED uses common economic advice to their advantage

Thanks to Common Core there has been a jump in the amount of students now homeschooled. http://t.co/S0ImxnTTHW #tcot — Accuracy In Media (@AccuracyInMedia) December 3, 2014

@kathleen_herne https://t.co/KHwW4oMlSX Join this page and help her keep her job! She wants to #StopCommonCore in AZ! — Teri Sasseville (@TeriGRight) November 30, 2014

A.P. Dillon is a freelance journalist and is currently writing at The North State Journal. She resides in the Triangle area of North Carolina. Find her on Twitter: @APDillon_
View all posts by A.P. Dillon →
This entry was posted in Common Core and tagged Weekend Reads. Bookmark the permalink.