A Granville County teacher has been arrested by special agents with the NC State Bureau of Investigation (NC SBI) Computer Crimes Unit. 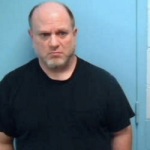 Bobby Scott Nealey, 50, has been charged with nine counts of 2nd-degree sexual exploitation of a minor.

Agents arrested Nealey on Aug. 7 at his residence in Wake Forest. He was issued a $400,000 secured bond and was taken to the Granville County Detention Center.

According to the NC SBI press release, an investigation into Nealy came from a tip to the National Center for Missing and Exploited Children (NCMEC) CyberTipline.  The tip included information that user had uploaded child sexual exploitation (CSE) material to a social media site. .

At the time of his arrest, he was a 6th-grade teacher and wrestling coach at Butner-Stem Middle School in Granville County. The district has not released a statement and his profile has been removed from the school’s website.

Nealey has a current NC teaching license in the areas of Mathematics 6-9. That license, unless revoked, will expire on June 30, 2023. He is the 20th teacher arrest tracked by this website in 2020.

This is an ongoing investigation. If you have any additional information, please contact the SBI at 919-662-4500.