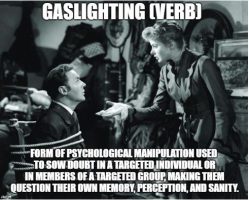 What Red4EdNC is not: organic or grassroots.

What Red4EdNC is:  A politically partisan “education non-profit” formed by NCAE members and members of the NCAE’s radical Social Justice Caucus, Organize 2020.

On Friday, Red4EdNC held ‘press conferences’ in various parts of the state to promote their ‘declaration of defense of public school children’.

If this sounds like the familiar partisan attacks by the NCAE and it’s radical caucus, Organize 2020, you’d be spot on.  The founder of Red4EdNC, Angie Scioli, wants you to believe that this is an “organic grassroots” movement.

I have one word for Ms. Scioli’s statement below: BULLSHIT.

The NC public is not crazy or stupid. We remember in November too.

FACT: Red4EdNC is staffed by very active NCAE members and Organize 2020 members and is a front group for them much like the “NC Teachers United” group is also an NCAE  front group. Both Red4Ed and the NCAE are politically partisan and both are trying to leverage the May 16 Strike and manipulate it’s attendees to attack the General Assembly. 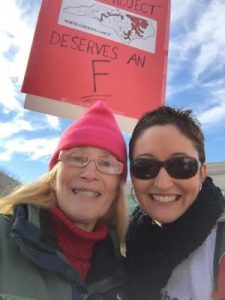 FACT: Red4EdNC is a politically motivated partisan group who will never be happy with the status of anything in NC education simply because Republicans hold a majority in the legislature.

FACT: Red4EdNC claims to be a non-profit with documents filed with the NC Secretary of State. There is one document filed and it’s not a non-profit registration.  If Red4EdNC is fundraising (and they are),  where is your NC charity status application?

FACT: Red4EdNC has “zero documents” on file with the IRS as a charity.

FACT: Red4EdNC’s “Declaration in Defense of North Carolina’s Public Schoolchildren” is not modeled after the Declaration of Independence. It is, however, modeled  after NCAE/NEA talking points for attacking the General Assembly and is, without question, politically motivated.

Remember: “Some teachers have declared their right to resist NC legislators.”

This ‘Declaration’ is the third project started by Red4Ed, with the previous two flopping, likely because of lack of participation.

As one Durham teacher tells me, they left Red4EdNC’s last initiative as it became readily apparent all the group wanted to do was ‘bash the legislature’ and ‘give local boards a pass’.

It may also interest the public that Red4EdNC used tax-payer funded school facilities to hold some of their press conferences on Friday, August 24.

For example, REd4Ed’s leader Angie Scioli, who teaches at Leesville Road High, used her school to hold a press conference in the middle of a work day.

This is not the first time Scioli has used taxpayer-funded resources to push her personal & politically motivated projects either. Fun factoid: The eternally protesting Ms. Scioli, who has complained in the past as being an underpaid teacher, currently makes around $72,300 a year.

I asked Wake County Public Schools about Scioli’s event and was given the response that a politically motivated and alleged non-profit’s press conference was approved  as a “community event.”

#2 – 7400 is from the OLD policy manual. Where is it in the new manual?
The old 7400 requires an application for such use. If that's still the policy I'd like a copy of that.

Luten’s explanation is weak and gives the appearance that Wake County Public Schools have decided to elevate their local policies over state statutes governing political activity of state employees. 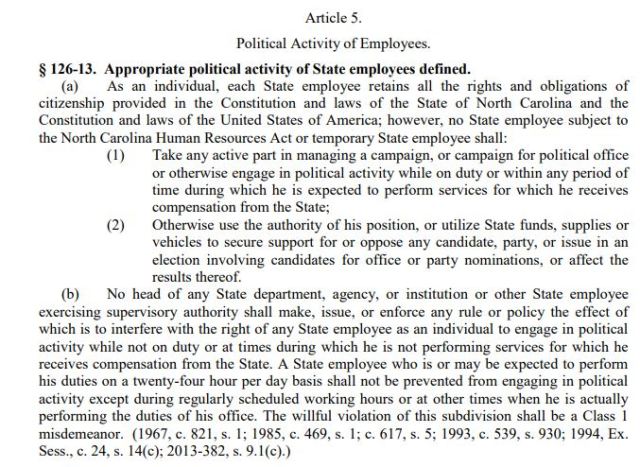 If this is the new Wake County Public Schools standard, ALL NON-PROFITS can now hold ‘community events’ on taxpayer-funded school property.

If a politically partisan, NCAE staffed "non-profit" like Red4EdNC can, so can you. https://t.co/1Ssb92jkXw

A.P. Dillon is a freelance journalist and is currently writing at The North State Journal. She resides in the Triangle area of North Carolina. Find her on Twitter: @APDillon_
View all posts by A.P. Dillon →
This entry was posted in BlueprintNC, EDUCATION, LL1885, NCAE, NCGA, Non-Profit, Organize2020, Wake County School Board and tagged Angela Scioli, NCAE, Organize 2020, Red4EdNC, WCPSS. Bookmark the permalink.
%d bloggers like this: