Over at PJ Media, there’s a lengthy report about the misadventures in RICO and defamation lawsuits by Google and the Southern Poverty Law Center.

Relevant snippet with emphasis added from Google Is Vulnerable to RICO and Defamation Lawsuits Thanks to Its Relationship With the SPLC and Its Malicious ‘Hate Group’ Labels:

This month, Fortune reported that Google’s philanthropic arm, Google.org, launched a program that will pay Google employees to do pro bono work for nonprofit groups for up to six months. The company aims to achieve 50,000 hours of pro bono work this year. Google.org names the SPLC as one of its partners for “inclusion.” Google.org started funding the far-Left group in 2016, and has given the organization $250,000, specifically to fund a “total redesign of the Teaching Tolerance website.”

“Teaching Tolerance,” an SPLC project aimed at teachers for elementary, middle, and high schools across America, has referenced the SPLC’s “hate map,” endorsing the “hate group” labels, before and after Google.org funding. Even if Teaching Tolerance were distanced from the “hate group” smears, Google.org explicitly names the SPLC as the recipient of funding and the partner — which likely means Google employees can do pro bono work for the SPLC. 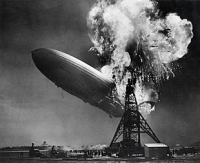 Maybe because they realized the site is little more than a social justice warrior strawman house and that if a match got near it, the thing would go up like the Hindenburg.

Sorry – when it comes to “Teaching Tolerance”, the snark overwhelms me.

Or maybe it’s because we have a Teaching Tolerance alum being paid a huge amount of money to condescend to hard working Wake County teachers about Thanksgiving lessons.

Or maybe it’s because I am too well-versed in what Teaching Tolerance is all about: Creating social justice warriors out of our children and starting as young as Kindergarten.

For the uninitiated, my reaction here may seem over the top, but I promise you – It’s not.

I have written extensively about Teaching Tolerance. One will see pretty quickly that they are neither teaching nor are tolerant of anything or anyone from outside their echo chamber.

Check out my five-part series on Teaching Tolerance and how they tout their “curriculum” as being Common Core-aligned:  Part one, Part two, Part three, Part four and Part five.