A former North Carolina middle school teacher-in-training has been sentenced to eight months in prison after pleading guilty to soliciting sex from a male student. 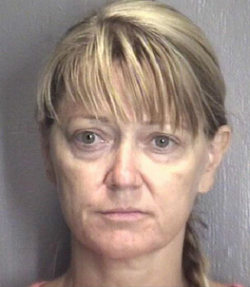 Rogers was arrested in July of  2016 for trying to meet with a 13-year-old boy student for an “unlawful sex act,” according to a report by the Wilmington Star News. The report says Rogers contacted the student using her cellphone.

According to WNCN’s report, Rogers allegedly tried to arrange a meeting with the student between February 29 and May 5, 2016.

Rogers appears to run the blog called “Life in the blender.” On that blog, she writes that she is “a wife, mother, and a child of God.”

Rogers appears to have ” a specialization in Christian Counseling” as a result of graduating from Liberty University in 2012.

As of this article, Rogers does not yet appear on the NC Licensure Revocation list.