Lexington teacher resigns after being charged in hit and run

A Lexington City Schools teacher has resigned after been arrested on hit and run charges that left a motorcyclist badly injured.

The hit and run occurred around 9 p.m. on May 30 and involved Elijah “Eli” Freeman, who was headed southbound on N.C. 8 in Lexington.

Fishers car swerved out in front of the man, smashing into him and throwing him from his motorcycle. Fisher fled the scene. 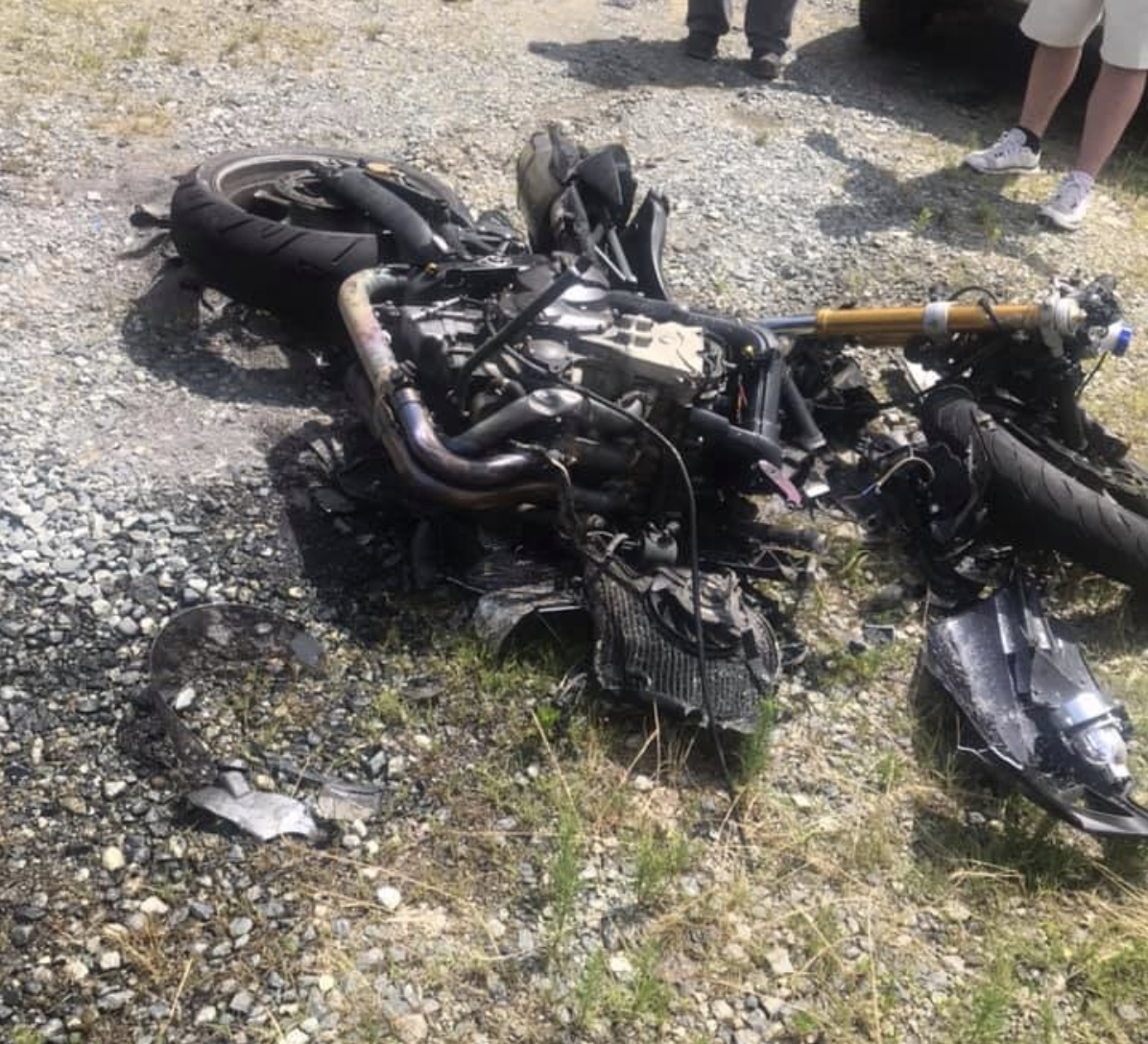 Image of Freeman’s bike after the crash shared with MyFox8 by April Freeman, mother of the injured cyclist.

According to multiple reports, Freeman suffered a broken left leg, cracked teeth and he was bleeding badly.

According to Freeman’s mother, “He has pins and rods in his knee to hold it in place. They couldn’t repair the artery in his right leg so they had to go into his left leg and take an artery to put in the right. … They finally got a pulse in his foot.”  She said it was a miracle he survived the crash.

A GoFundMe has been set up to help Freeman.

According to a MyFox8 report, the family was unable to visit Freeman in the ICU.

“She did not care, as she left our son,” said Eli’s mother, April Freeman.

She was called by a good Samaritan who stopped to help Eli as he laid on the side of the road.

She and Eli’s father, stepfather and stepmother have only been able to see their son for a few minutes at a time through the use of FaceTime.

Due to COVID-19, doctors have prohibited them from being allowed to come into the ICU where he is currently being treated.

Fisher was suspended with pay from her position at Lexington Middle School. A few days later, on Wednesday, the school district said that Fisher had tendered her resignation and that the district had accepted it.

According to state law, Lexington City Schools is required to report Fisher’s resignation to the State Board of Education as it was tendered without 30-days notice and is directly related to her arrest.

State records indicate that Fisher was issued a North Carolina teaching license on July 1, 2019, labeled as “Permit to Teach” under the subject area. Her license was good for only one year, expiring at the end of June 2020.

Fisher is the 14th North Carolina school employee arrest tracked by this website since the start of 2020.