The Dean of Students of a private school in Raleigh, North Carolina has been arrested on indecent exposure charges. 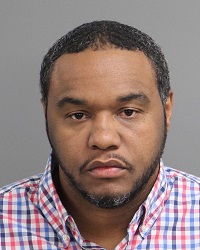 According to state statute, “any person at least 18 years of age who shall willfully expose the private parts of his or her person in any public place in the presence of any other person less than 16 years of age for the purpose of arousing or gratifying sexual desire shall be guilty of a Class H felony.”

A Class H Felony carries a sentence range of 4 to 25 months.

According to charging documents, Jenkins exposed “his private parts” at a Knightdale High School bus stop near his residence on Kingman Drive. The documents say that two students witnessed the incident on December 19, 2018.

Knightdale police opened an investigation resulting in a warrant for Jenkins’ arrest on March 28. Jenkins was arrested on April 2.

Jenkins was Dean of Students at Grace Christian School in Raleigh and school officials indicate he has been suspended and is barred from returning to campus until further notice.

Officials at Grace Christian School is located on Buck Jones Road in Raleigh and is the location where Jenkins was arrested by the Cary Police Department according to the charging documents.

A.P. Dillon is a freelance journalist and is currently writing at The North State Journal. She resides in the Triangle area of North Carolina. Find her on Twitter: @APDillon_
View all posts by A.P. Dillon →
This entry was posted in A.P. Dillon (LL1885), CRIME, EDUCATION, Quiet Epidemic and tagged Quiet Epidemic. Bookmark the permalink.
Loading Comments...