The war on school choice in North Carolina continues. The Left and Democrats in this state have made their hatred for school choice (charter schools, homeschooling, and Opportunity Scholarships) very well-known.

Why all the amped-up School Choice hate?

This trend of parents fleeing public schools has continued into 2018.

Parents voting with their feet for the best Ed Outcomes for their kids is not an evil thing, yet Dems/NCAE and Roy Cooper are smearing them as such & fighting #SchoolChoice for political reasons instead of examining WHY families are leaving traditional public schools.#Nced #ncga https://t.co/p5McKHyESL

If you understand upfront that Kris Nordstrom is totally and utterly unhinged in his hatred of Charter schools and just about every single school choice options other than public school, then his article makes more sense when you read it.

Nordstrom uses these three arguments prove that the virtual charter pilot should be shuttered:

And The Point-by-Point Rebuttal 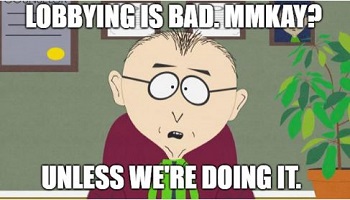 Lobbying is bad – unless it’s being done by Nordstrom’s employer, the NC Justice Center.

NC Justice Center employs a mere 7 lobbyists. But I’m sure Mr. Nordstrom would tell us that they’re all ‘good’ ones.

How much did they spend in lobbying the last few years? Take a gander.

2. Nordstrom equates the success of these two virtual charters with student growth. 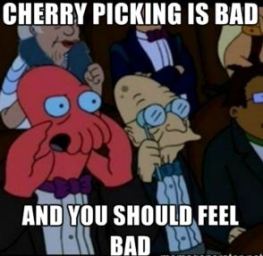 The entire point of a Virtual Charter is for flexibility. Being able to get something you can’t at a traditional public school, take classes on one’s own schedule or pace.

This kind of flexible enrollment is hard to track. One kid might get what they need in a single class and leave. Another might be in it for several semesters.

There is a multitude of reasons they leave. WRAL actually does a decent report on the reasons for leaving and staying. Read that report here.

3. If everyone else is doing it, we should too.

Yes, and teens are taking the tide pod challenge too, Kris. Didn’t your mom ever use that time-honored phrase? If everyone jumped off a cliff, would you do it too?

Here’s a dose of reality, which Nordstrom includes in his article yet basically ignores what it says: Virtual Public School enrollment in NC now 2nd-largest in country

While the NCVPS may be unfamiliar to many North Carolina residents and not every school system cooperates with its program, the state has the second-largest virtual public school system in the country, with enrollment climbing from 17,000 at inception in 2007 to 58,000 students across the state today. Only Florida has higher enrollment in its comparable program.

But let’s chuck that baby out with the bath water. Two virtual charter schools with varying enrollment and satisfaction must be a sure sign of the apocalypse, right?

I’ll agree with Nordstrom on one thing: Failing schools should be closed.

If we can shut down a failing virtual charter based on the criteria Nordstrom uses in his article, then how about we shut down one of the dozens of the public schools that have been failing for a decade or more? Right? Those are his rules.

I’ll leave you all with this line from Nordstrom’s article:

John Hood recently took a swing at Kris “I live to be an arrogant jackass’ Nordstrom:

The more you act like a jerk, Kris, the less seriously people outside of your cocoon will take you. Clearly there are many reasons one might favor smaller districts that have nothing to do with racial animus. That's why Chapel Hill & Asheville have their own systems. Grow up.

A.P. Dillon is a freelance journalist and is currently writing at The North State Journal. She resides in the Triangle area of North Carolina. Find her on Twitter: @APDillon_
View all posts by A.P. Dillon →
This entry was posted in Charter Schools, EDUCATION, LL1885, Parental Rights and tagged Charter Wars, Kris Nordstrom, Virtual Charter Schools. Bookmark the permalink.
%d bloggers like this: