A Charlotte-Mecklenburg Public Schools (CMS) teacher has been charged with multiple sexual exploitation felonies in connection with a minor female. 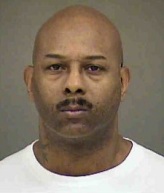 Dillard worked at Ridge Road Middle School as a “Behavior Modification Technician” according to CMS officials who stated that Dillard has been suspended without pay pending an investigation.

He had worked for the school district since 2005.

Dillard has also worked under that same job title at four other schools. Those schools include Quail Hollow Middle School, James Martin Middle School, and Northwest School of the Arts, and the Exceptional Children’s Assistant at Lincoln Heights Elementary School.

According to the Mecklenburg County Sheriff’s report, police received an email tip about Dillard and activities involving a teenage girl. The alleged incidents occurred between June 2017 and January of this year.

According to the warrant, Dillard asked the victim to reciprocate and send photos and video of herself doing the same.

While his face was not captured in the video, apparently tattoos on his arm were visible and matched the ones found on the girl’s cell phone.

A.P. Dillon is a reporter currently writing at The North State Journal. She resides in the Triangle area of North Carolina. Find her on Twitter: @APDillon_ Tips: APDillon@Protonmail.com
View all posts by A.P. Dillon →
This entry was posted in CRIME, EDUCATION, Quiet Epidemic and tagged CMS, Quiet Epidemic. Bookmark the permalink.
Loading Comments...