A high school teacher in Wayne County is facing 20 drug and firearm-related charges after a joint undercover investigation by the Goldsboro-Wayne interagency drug task force, Goldsboro Police, the Bureau of Alcohol, Tobacco, and Firearms (ATF) and Task Force Officers from the US Drug Enforcement Administration (DEA).

William Bradford McIntyre, age 28, has been charged with 19 felonies and 1 misdemeanor: 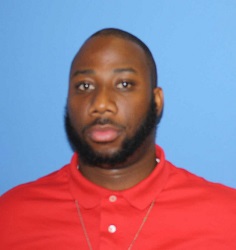 The sale of the drugs involved allegedly took place at Goldsboro High School according to a Goldsboro Police Department spokesperson.

On December 6, a search warrant was executed on McIntyre’s home and car. Law enforcement seized more than 4 pounds of marijuana, one firearm, narcotics packaging and re-packaging materials, and a substantial amount of cash

Wayne County Public Schools spokesperson indicated that the district has placed McIntyre on leave without pay. McIntyre then resigned without giving the required 30-day notice.

The district’s spokesperson stated that McIntyre had been hired just this past August an instructional assistant and assistant football coach.

Multiple law enforcement officers worked on the case, with the assistance of the U.S. Drug Enforcement Administration and the Bureau of Alcohol, Tobacco, Firearms and Explosives.

McIntyre was hired by WCPS in August as an instructional assistant and assistant football coach at Goldsboro High School, Derksen said.

“The district is fully cooperating with law enforcement during its ongoing investigation,” Derksen said Wednesday night.

The Goldsboro Police Department and Wayne County Public Schools did not provide a photo of McIntyre.

Do you find value in what you read here?

Consider making a donation to keep the articles coming.

A.P. Dillon is a reporter currently writing at The North State Journal. She resides in the Triangle area of North Carolina. Find her on Twitter: @APDillon_ Tips: APDillon@Protonmail.com
View all posts by A.P. Dillon →
This entry was posted in A.P. Dillon (LL1885), CRIME, EDUCATION, Quiet Epidemic and tagged Quiet Epidemic. Bookmark the permalink.