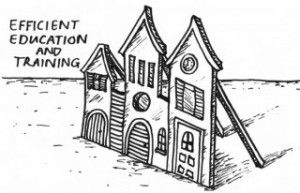 Keith Sutton was added under the title “Excellence Director“.

The description reads as follows:

As an accomplished relationship professional, Keith has nearly 20 years of experience in relationship management, diversity and inclusion, public affairs, and government and community relations. His career includes serving as a nonprofit executive for the North Carolina NAACP and the Triangle Urban League, political strategist for former Congresswoman Eva Clayton and former Governor Beverly Perdue, and various management positions at the United States Census Bureau and the North Carolina Department of Public Safety. Keith has served on the Wake County Board of Education since 2009.

Keith is a 1992 graduate of the University of North Carolina at Chapel Hill with a Bachelor of Arts in Industrial Relations. He is also a William C. Friday Human Relations Fellow. He is a native of Rocky Mount, North Carolina, and is the proud father of two beautiful girls, Alexia and Makayla.

Earlier this month I reached out on Twitter to BEST NC, but have yet to receive a reply:

@BESTNCorg I see a sitting member of the #WCPSS school board has joined your staff. Will he be resigning or not seeking re-election?#ncpol

A.P. Dillon is a freelance journalist and is currently writing at The North State Journal. She resides in the Triangle area of North Carolina. Find her on Twitter: @APDillon_
View all posts by A.P. Dillon →
This entry was posted in Big Ed Complex, EDUCATION, Wake County School Board and tagged BEST NC, Potemkin Village. Bookmark the permalink.