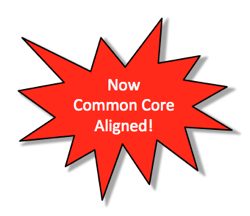 “…to create just these kinds of tests—next-generation assessments aligned to the common core. When the tests are aligned to the common standards, the curriculum will line up as well—and that will unleash powerful market forces in the service of better teaching.”
– Bill Gates, 2009 Speech To Natl. Conf. of State Legislatures

The goal is to align everything so that students and the money have nowhere to go but Common Core.

Last week, I started this series on certain Social Activism curriculum claiming to be aligned to Common Core as created by ‘Teaching Tolerance’, a project of the Southern Poverty Law Center.  This is  part three.
[Read: Part one and Part two]

At the end of Part two, I indicated I’d be taking a look at ‘Teaching Tolerance’s’ initiative, “Perspectives for A Diverse America”.  From the Teaching Tolerance site, we see the ‘marrying’ of social justice with the Common Core:

Teaching Tolerance’s Perspectives for a Diverse America is a literacy-based curriculum that marries anti-bias social justice content with the rigor of the Common Core State Standards.

There are  four parts to the ‘Diverse Perspectives’ plan. They include Building your learning plan, Anti-bias framework, Central text Anthology and Tasks and Strategies.

A snapshot of the ‘anti-bias framework’, which I’ll talk more about in a bit:

Building Your Learning Plan
This section arguably piggy-backs on the Common Core’s inappropriate push on very young learners to read texts that are age and developmentally inappropriate, as well as relying on Common Core’s widely disputed “close reading” method.

Of note in this section is the “Do Something” construct. In my opinion, it might as well read “Do Activism”. Let’s see the definitions ‘Teaching Tolerance’ uses for this construct.

“Do Something for K-2 reads,  “Students apply learning to their own lives through performance tasks that build critical literacy and civic engagement.”

“Do Something” for 3-12 reads, “Students demonstrate their anti-bias awareness and proficiency through their everyday behavior or coordinated social action.”

Anti-Bias Framework (ABF)
This is how the anti-bias framework is described, verbatim, from the website:

Perspectives follows a “backwards design” approach that begins with the anti-bias anchor standards and grade-level outcomes from the Teaching Tolerance Anti-bias Framework (ABF).

The ABF includes 20 anchor standards, five within each domain. Each anchor standard has corresponding grade-level outcomes for K-2, 3-5, 6-8 and 9-12. School-based scenarios show what anti-bias attitudes and behavior might look like in students.

Derman-Sparks appears to have made a lucrative career out of pushing social issue items into classrooms.

Let’s take look at those four domains from the description of the ‘Anti-Bias Framework’. Again, this is verbatim from the website:

Identity
Students will understand the multiple facets of their identities, know where those traits come from, and feel comfortable being themselves in a diversity of settings.

Diversity
Students will recognize the diversity of people in the world, be able to identify differences and commonalities, express interest in the lived experiences of others and develop genuine connections with others.

Justice
Students will be aware of bias and injustice, both individual and systemic, will understand the short and long-term impact of injustice, and will know about those who have fought for more fairness and justice in our world.

Action
Students will feel confident that they can make a difference in society and will commit to taking action against bias and injustice even when it is not popular or easy.

Well… There you have it.

A template for creating a generation of social justice activists, starting in kindergarten, based on definitions provided by the far left.

In the next installment, we’ll take a look at ‘Central text Anthology’ and ‘Tasks and Strategies’.