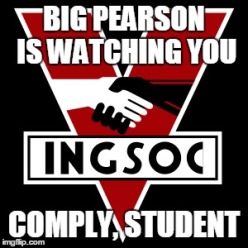 ALERT: Dr. Sandra Stotsky and Dr. James Milgram will be presenting at the March 16th meeting. If you make it to only one ASRC meeting, this one is it!

“I think there’s a legitimacy to tying (Common Core assessments and teacher evaluations) together, but process always matters,” Zimpher said. As SUNY’s representative, Zimpher said she is interested in sitting at the table to work on piecing out a plan for teacher evaluations.
– Poughkeepsie Journal, VIDEO: SUNY Chancellor touts more funding, Common Core*

“​When did ESEA begin to evolve in the opposite direction of what its sponsors intended (i.e., to provide federal funds for supplementary services to poor children)? It did so when federal policy makers first required tests in the name of accountability—the conceptual catalyst for changes in ESEA’s focus. Test-based accountability came into being when the Clinton administration added the requirement of one test at each educational level (elementary, middle, and high school) in the 1994 re-authorization of ESEA.​”​
-Missouri Education Watchdog, Definition of Insanity in ESEA Re-Write

​*****
Funding for EdReports.org comes from the Bill & Melinda Gates Foundation, which played a major role in the development and promotion of the Common Core, as well as several other philanthropic organizations, including the William and Flora Hewlett Foundation and the Leona M. and Harry B. Helmsley Charitable Trust.​”
-Washington Post, New ‘Consumer Reports’ for Common Core finds learning materials lacking

Testing opt-outs r welcome if for no other reason than they r people declaring, “government, u can’t tell me how to educate my child!”

Curious how @pearson monitors word of mouth? Students writing & passing notes, discussing tests at home, on phone etc. Where does it end?

@fnoschese Yes, & none of them are a private testing organization making billions & who have already been fined millions for misusing data.

A.P. Dillon is a freelance journalist and is currently writing at The North State Journal. She resides in the Triangle area of North Carolina. Find her on Twitter: @APDillon_
View all posts by A.P. Dillon →
This entry was posted in Common Core, Testing and tagged ASRC, Pearson, Weekend Reads. Bookmark the permalink.
Loading Comments...