A former Creedmoor Elementary school teacher has been charged with statutory rape and indecent liberties with a child. 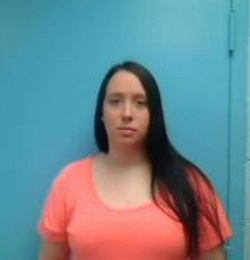 Megan Selfe, age 25, has been charged with one count of felony statutory rape of a child under the age of 15 and one count felony indecent liberties with a child.

According to law enforcement, the charges stem from more than one incident with the same minor male child who would have been no more than 10 or 11 years old at the time.

Selfe was arrested by the Granville County Sheriff’s office and bail has been set at $150,000 and it is a secured bond.

“Under the law that says she has the presumption of innocence, which is the way anyone would want to be treated if they were charged with a crime,” attorney Jesse Scharff told WPSA.

She was currently working as a  kindergarten teacher at Henderson Collegiate, a charter school in Henderson, North Carolina when the charges were filed.

The Executive Director of Henderson Collegiate, Eric Sanchez, has indicated that Selfe was fired after police spoke to the school about the investigation. Allegedly, Selfe has no prior criminal record and after being fired she moved to Pennsylvania.

“We follow our policies and our procedures to the letter and we feel like those provide a strong layer of protection. We’re always trying to be vigilant in making sure that our kids are safe. Granville County Schools takes the well-being of all of its students very seriously. We take every measure possible to ensure that our students are in a safe learning environment. All of our employees undergo extensive background checks prior to being employed and we take care to supervise our children while they’re with us in our schools to ensure they are as safe as they possibly can be.”

Henderson Collegiate sent a letter home to parents early in February about the incident.

“Based on what we have been informed by law enforcement, we don’t consider this a Henderson Collegiate manner. We have worked with the Granville Sheriff’s Office, and we have faith that with the cooperation of Granville County Schools, they will effectively handle this situation in the best interest of the kids,” the letter reads in part.

A.P. Dillon is a reporter currently writing at The North State Journal. She resides in the Triangle area of North Carolina. Find her on Twitter: @APDillon_ Tips: APDillon@Protonmail.com
View all posts by A.P. Dillon →
This entry was posted in A.P. Dillon (LL1885), CRIME, EDUCATION, Quiet Epidemic and tagged Quiet Epidemic. Bookmark the permalink.