A Duplin County high school teacher has been arrested for drug-related charges, including the manufacturing of methamphetamine. 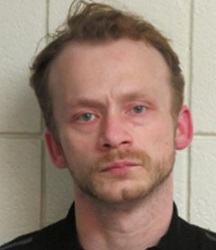 The manufacture of a controlled substance like meth is a Class C felony. Other charges depend on the situation, according to state statute.

Arrest documents show that in January, a “testifying witness” said that Jones delivered crystal methamphetamine to them.

According to his profile on the East Duplin High page, Jones has taught English, History and Social Studies. He was also named East Duplin’s Teacher of the Year 2017-2018.

The profile also says he is or was an NC Teaching Fellow and is attempting to get a journalism education certification.

Jones has been employed in the Duplin County School district since 2009. The district indicated he has been placed on paid suspension.

A.P. Dillon is a freelance journalist and is currently writing at The North State Journal. She resides in the Triangle area of North Carolina. Find her on Twitter: @APDillon_
View all posts by A.P. Dillon →
This entry was posted in CRIME, EDUCATION, Quiet Epidemic. Bookmark the permalink.
Loading Comments...