A former female teacher and a former female volunteer who worked at East Forsyth High School have both plead guilty to separate and unrelated charges against them involving sex acts with students.

One will only see 6 months in prison. The other, no jail time at all. 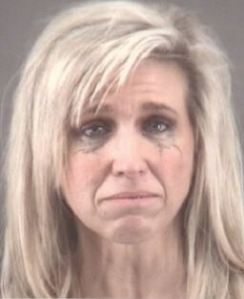 In January of 2018, East Forsyth High volunteer Jennifer Pike was arrested for having sex with a male student in September of 2017.

Pike, age 43, was charged with two felony counts of sexual activity with a student as well as two counts of crimes against nature and one count of taking indecent liberties with a minor.

On December 19th, Pike pled guilty to two counts of crimes against nature as part of a plea agreement in front of Forsyth Superior Court Judge David Hall.

Pike is barred from any property belonging to the Winston-Salem/Forsyth County school system and was also ordered to complete 100 hours of community service within one calendar year.

Hall said that he was not able to give her an “active sentence” due to the class of felonies she pled guilty to.  The two charges of sex acts with a student and two counts of taking indecent liberties with a student were dismissed as part of Pike’s plea deal. 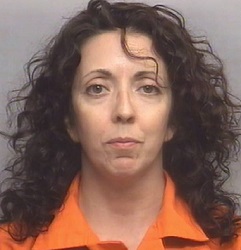 According to the Kernersville Police Department, the alleged incidents took place in Fall of 2017 and involved two male students under the age of 18 at the high school where Swinson worked.

According to court documents and statements made by Assistant District Attorney Kia Chavious, Swinson had used SnapChat to send personal information and texts back and forth.

The communications became flirtatious quickly and eventually, Swinson sent sexually-explicit videos and images to one of the students.

Court documents also revealed that one incident involved kissing and Swinson performing oral sex on the student – in her classroom. Swinson said that she later texted the student to check if he was alright. The student replied that he wasn’t OK and that he had told his ex-girlfriend about what happened in the classroom.

Swinson went before the same judge as Pike and was sentenced to only 6 months in prison with a maximum 75 month (6 years) suspended sentence.  This means Swinson will be free in June of 2019.

Per state law and her sentencing, Swinson must register as a sex offender for a minimum of 30 years.

Swinson’s attorney argued that the boys in question had pursued his client and that, despite being students in her charge, they were the legal of the age of consent in North Carolina.

A.P. Dillon is a freelance journalist and is currently writing at The North State Journal. She resides in the Triangle area of North Carolina. Find her on Twitter: @APDillon_
View all posts by A.P. Dillon →
This entry was posted in CRIME, EDUCATION, LL1885, Quiet Epidemic and tagged East Forsyth High School, Jennifer Pike, Quiet Epidemic, Rebecca Swinson, Winston-Salem-Forsyth Schools. Bookmark the permalink.