A teacher at a charter school in the Charlotte-Mecklenburg Public School district has been charged with multiple sex crimes involving a 13-year-old girl. 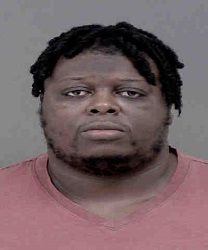 Vincent Littlejohn, age 30, has been charged with 2 counts indecent liberties with minor and 2 counts of simple assault.

Police records show that Littlejohn was arrested on 11-27-18 and released just hours later.  $25,000 in bonds were issued to Littlejohn.

According to Charlotte Police,  13-year-old the victim told her parents that she was sexually assaulted by Littlejohn on multiple occasions beginning around September 29, 2018, through October 29, 2018.

Prior to working at Sugar Creek,  officials from the district said Littlejohn taught science at Harding High School since 2015 but resigned in June of 2018.

A.P. Dillon is a freelance journalist and is currently writing at The North State Journal. She resides in the Triangle area of North Carolina. Find her on Twitter: @APDillon_
View all posts by A.P. Dillon →
This entry was posted in A.P. Dillon (LL1885), CRIME, EDUCATION, Quiet Epidemic and tagged CMS, Quiet Epidemic. Bookmark the permalink.
Loading Comments...