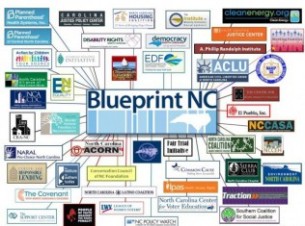 NC General Assembly Senator Josh Stein has officially thrown his hat into the ring for the NC Attorney General race. This announcement is, without argument, anti-climactic.

Stein is the Blueprint NC candidate and has been a very vocal supporter of Blueprint NC attack tactics such as Moral Monday.

I am sure that his former NCGA colleague, Rick Glazier, will have his back now that Glazier is heading up Blueprint NC’s parent organization.

Blueprint NC Backstory
Who or What is Blueprint NC? Let’s step back to 2013, when an attack memo circulated by a non-profit called Blueprint NC was leaked to the press.  View a copy of the actual memo.

This memo revealed a four pronged line of attack on focused on Republicans and in particular on Governor McCrory:

• “Eviscerate the leadership and weaken their ability to govern.”

• “Pressure McCrory at every public event.”

• “Slam him when he contradicts his promises.”

After the memo was leaked, the list of partners surfaced along with the large amounts of money being funneled into Blueprint NC by various non-profits. One such non-profit funding Blueprint NC is the Z. Smith Reynolds Foundation.

The Z. Smith Reynolds Foundation was by far the largest donor to Blueprint NC both directly and indirectly through the NC Justice Center.  The grand total through 2014 is $2,750,000. The break out is below.

At the time the memo was leaked, the Charlotte Observer noted the following:

Blueprint, funded in part by the Z. Smith Reynolds Foundation, is a 501(c)(3) nonprofit organization. According to its web site, it is “strictly prohibited from participating or intervening in any political campaign on behalf of or in opposition to any candidate for public office.”

While the article quoted above no longer exists at Charlotte Observer, plenty of other websites have partial cached copies.

According to Secretary of State filings, Blueprint NC is the creation of the NC Justice Center. In their 2010 article of incorporation filing, the original board of directors for  Blueprint NC listed the following individuals:

Gerda Stein is the sister of Senator Josh Stein.

Ms. Stein is and continues to be very involved with far left leaning groups and is still on the board of Blueprint NC. Gerda Stein was one of the top contributors to her brother’s campaign in 2014.

Stein’s sister isn’t the only Blueprint NC contributor to his political campaigns. To name  a few other donors to Stein from the Blueprint NC gang, according to the NC Board of Elections report search, both Mary Mountcastle and Jim Goodmon have been big donors to Senator Stein.

A.P. Dillon is a freelance journalist and is currently writing at The North State Journal. She resides in the Triangle area of North Carolina. Find her on Twitter: @APDillon_
View all posts by A.P. Dillon →
This entry was posted in A.P. Dillon (LL1885), BlueprintNC, ELECTIONS, NCGA and tagged BlueprintNC, Josh Stein. Bookmark the permalink.
Loading Comments...