Wake Board of Ed Public Comments Choreographed by Wake NCAE

Following up from yesterday’s article where we found out Keith Sutton thinks he’s the same as Eric Garner somehow, it was pointed out to me that the public comments section was choreographed by the Wake NCAE. 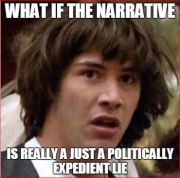 At least they are consistent… MOAR MONEY!!! Because… DUES!!!

Wake County has one of the highest supplemental pay rates for teacher in the state, by the way folks.  Hit Daily Haymaker for a real eye-opener on education spending and the return of the BlueprintNC attacks.

Dear Larry Nilles, the districts are responsible for teacher pay. Wake is one of top paying, you hack. : http://t.co/AObHEt3iuO #ncae

Watch #WBOC Jessica Holmes use her #NCAE position to gush at Wake Board of Ed mtg 43 min in. http://t.co/AObHEt3iuO