A Morehead City teacher has been charged with sexual battery in connection with an incident reported on Nov. 27. 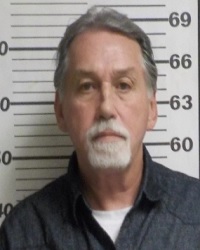 The Morehead City Police Department has arrested and charged James Frederick Hammontree Jr., age 74, with sexual battery and was issued a $10,000 secured bond.

Sexual battery is a Class A1 misdemeanor that carries a sentence of 1-150 days of active, intermediate or community punishment depending on prior convictions.

Hammontree is a teacher at Chosen Generation Christian Academy, a private K-12 school located in Morehead City. According to state records, there are only 26 students enrolled and six teachers.

According to police, the school leases space in the Morehead City Recreation Center for class time and instruction and is where the alleged sexual battery took place.

Hammontree is barred from the Morehead City Recreation Center. He has also reportedly been put on administrative leave from his position with the school.

The investigation is still ongoing. Anyone with additional information can contact the Morehead City Police at 252-726-3131.