A former employee of the Montessori School of Durham has been arrested out of state for the alleged molestation of a 5-year-old child. 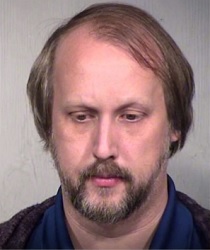 Investigators said he inappropriately touched a 5-year-old girl while he was there visiting the girl’s family.

At the time, Elder was a part-time employee at Montessori School of Durham. The school said it learned of the arrest on Jan. 1 and immediately terminated Elder.

“We have notified parents and provided resources to address questions,” Head of School Tammy Squires said. “We have not received any reports of inappropriate conduct by this employee during his four months here, but will carefully review the nature of his conduct. We are committed to the safety and well-being of our students, follow rigorous background and reference checks, and maintain clear protocols that prevent students from being alone with employees.”

According to ABC 11, charging documents indicate that the 5-year-old may not be the only victim. Before heading to Arizona, Elder allegedly also molested a 7-year-old and a 9-year-old in Oakland, California.

Elder has been charged with child molestation and was issued a $100,000 cash bond according to ABC15 in Arizona.

In 2017, a teacher at the Montessori School of Raleigh was arrested on 33 sex-related felonies involving minors and children. 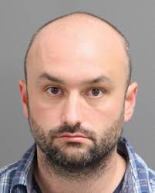 Nicholas Conlon Smith, 36, was arrested on November 7th, 2017 and originally charged with 16 felony counts of statutory rape with a 14-year-old girl and 4 counts of felony sex offense with a student.

The original charges stemmed from alleged incidents that occurred between August 2011 and June 2012.

Additional charges were filed at a later date which brought Smith’s total to 33 felony counts.

A complaint against the school for failing to protect the children there was also filed.

In addition, the head of the Montessori school of Raleigh was indicted in connection with the Nicholas Conlon Smith case.

Nancy Beth Errichetti, age 55, was charged with contributing to the delinquency of a minor and aiding and abetting taking indecent liberties with a child.

A.P. Dillon is a freelance journalist and is currently writing at The North State Journal. She resides in the Triangle area of North Carolina. Find her on Twitter: @APDillon_
View all posts by A.P. Dillon →
This entry was posted in CRIME, EDUCATION, LL1885, Quiet Epidemic and tagged Montessori School of Durham, Nathan Elder, Quiet Epidemic. Bookmark the permalink.
%d bloggers like this: