A Raleigh Christian School volunteer has been charged with taking indecent liberties with a child. 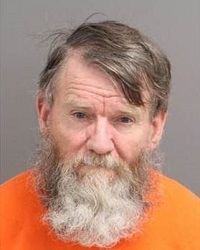 Donald Dean Chambers, age 64, has been charged with sexual battery, assault on a female and indecent liberties with a child.

The victim was a 12-year-old girl who is a student at the school. According to ABC 11 Chambers “rubbed and held right hand on victim’s breast.”

Bail was set at $10,000 and Chambers was unable to post the amount and remains in custody.

The school indicated that Chambers passed a background check.

Chambers address on his arrest record is not a North Carolina address, but one in Tennessee. The arrest record states Chambers gave an address of “4031 BUCK RD CLARKSVILLE, TN 37043.”

Part of a statement sent to ABC 11 by the school says that  “As a ministry, we are always saddened when any of our volunteers are accused of breaking the law. When an allegation involves inappropriate conduct toward a child, our organization immediately removes that individual from any contact with children, and we fully cooperate with parents, state officials, and law enforcement.”

Church volunteer is charged with molesting a 12-year-old student at Raleigh Christian Academy. He faced a judge for the first time this afternoon. #ABC11 pic.twitter.com/uFruVwsSCP

A.P. Dillon is a freelance journalist and is currently writing at The North State Journal. She resides in the Triangle area of North Carolina. Find her on Twitter: @APDillon_
View all posts by A.P. Dillon →
This entry was posted in CRIME, EDUCATION, Quiet Epidemic and tagged Donald Dean Chambers, Raleigh Christian School. Bookmark the permalink.
%d bloggers like this: