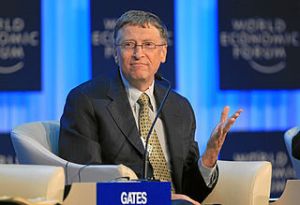 The two testing consortia associated with Common Core are still alive in part thanks to new management and a huge grant from Common Core’s largest funder, the Bill and Melinda Gates Foundation.

According to their website, the Partnership for Assessment of Readiness for College and Careers (PARCC) was taken over in 2016 by the New Meridian Corporation.

Other funding for New Meridian allegedly comes from the Baton Rouge Area Foundation (also a Gates grant recipient to the tune of over $6.1 million dollars) and the Charles and Lynn Schusterman Family Foundation.

New Meridian is not found on the grantee listings for either organization save for the 2016 filings for Baton Rouge Area Foundation, which lists a $350,000 grant.  That $350,000 matches the total contribution amount found on the lone IRS 990 filing (2016) made by the New Meridian Corporation.

The New Meridian Corporation describes the organization as “a nonprofit that provides assessment design and development services to states.”

“Our vision is for every student to develop the critical thinking and reasoning skills necessary to succeed in college and career,” the New Meridian website states.

The company, which has only 6 employees, is run by a man named Arthur Vanderveen, who resides in Texas. His LinkedIn resume shows past employment at Compass Learning (now Edgenuity Inc.) and Chief of Innovation at the NY City Department of Education. Vanderveen was also a past Executive Director at the College Board.

New Meridian does not appear to be registered as a non-profit in Texas, where it allegedly based out of according to the RFP for services put out by PARCC in 2016.

No business address was found for New Meridian. Other than a document signifying formation of New Meridian, no other related 501(c)3 non-profit filings could be located the Texas Secretary of State. The corporation formation filing is dated September 23, 2017.

In 2017, the Bill and Melinda Gates Foundation gave a $1.5 million dollar grant to New Meridian Corporation.

The express purpose of the Gates grant is “to expand the availability of high-quality assessments that track students’ progress toward college and career readiness using assessments and assessment content from the Partnership for Assessment of Readiness for College and Careers (PARCC).”

Only five of the original 24 states involved in the PARCC consortium are still using members. They include Illinois, Maryland, Massachusetts, New Jersey, New Mexico and the District of Columbia. Louisana uses a hybrid of PARCC and another test.

The other testing group, the Smarter Balanced Assessment Consortium (SBAC) has seen massive attrition as well. The SBAC used to have 30 members.

The SBAC is funded primarily through dues from the Governing Member states.

A.P. Dillon is a freelance journalist and is currently writing at The North State Journal. She resides in the Triangle area of North Carolina. Find her on Twitter: @APDillon_
View all posts by A.P. Dillon →
This entry was posted in Common Core, Testing and tagged Bill Gates, New Meridian Corporation, PARCC, SBAC. Bookmark the permalink.
%d bloggers like this: