This article first appeared at American Lens News on February 20, 2017.

Last Friday, North Carolina Governor Roy Cooper rolled out three court appointments and ten nominations for the board of the Department of Transportation (DOT).

DOT Board members are appointed to four-year terms with the next meeting scheduled for March 9, 2017. The nominations for DOT Board have been submitted to the General Assembly. 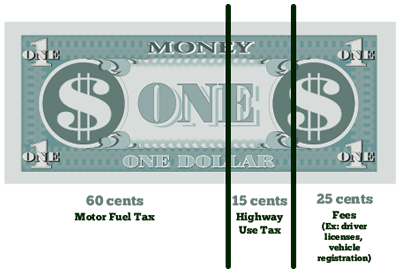 There are two funds which supply money for most highway programs in North Carolina:  Highway Fund and the Highway Trust Fund.

The DOT Board is responsible for overseeing the Highway Trust Fund.

The Highway Trust fund specifically receives money from Motor fuel, alternative fuel, and road tax revenue, as well as a portion of motor vehicle taxes and a part of any toll road revenues.

According to the NC DOT 2016 annual report, about 50% of state
transportation funding came from the Motor Fuel Tax, 30% from driver and
vehicles fees and 20% from the Highway Use Tax on vehicle title transfers.

In the press release regarding the DOT nominations, Governor Cooper said that “These talented new members bring years of experience and commitment to public service to North Carolina’s Transportation Board. I look forward to working with them to make important improvements to our state’s transportation system.”

More information on the ten DOT nominees can be found in the Governor’s press release.

More information on the court appointments can be found in the Governor’s press release.

A.P. Dillon is a reporter currently writing at The North State Journal. She resides in the Triangle area of North Carolina. Find her on Twitter: @APDillon_ Tips: APDillon@Protonmail.com
View all posts by A.P. Dillon →
This entry was posted in Am Lens, POLITICS NC, Roy Cooper and tagged Roy Cooper. Bookmark the permalink.
%d bloggers like this: