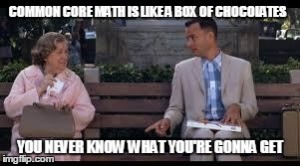 These are the Common Core Weekend Reads for February 8th, 2015.

“When I imagine myself administering the Smarter Balanced Assessment (SBA), I picture my students struggling and failing. And not because they are academically weak – but because test designers have created a test meant to yield this failure. This failure will undo the confidence I have strived to build in them. Instead of acknowledging and nurturing kids on their own path of learning we are punishing them because they fail to learn fast enough; yet it is the system’s failure we are ignoring.”
-Living Dialogue, Julianna Krueger Dauble: My Statement of Professional Conscience

“Yet the most astounding statement I have read is the claim that Common Core standards are ‘internationally benchmarked.’ They are not. The Common Core fails any comparison with the standards of high-achieving countries, just as they fail compared to the old California standards. They are lower in the total scope of learned material, in the depth and rigor of the treatment of mathematical subjects, and in the delayed and often inconsistent and incoherent introductions of mathematical concepts and skills.”
– Bluegrass Institute via Truth In American Education, Quote of the Day: Common Core international benchmarking??

Fighting Common Core is a responsibility to our children says Heidi Huber of @OhioAgainstCCSS http://t.co/dfJ0AbakFY #StopCommonCore

@LadyLiberty1885 @RopeOK This is Alinsky in action. https://t.co/ZBLNbjdRQH I don’t have any research so I’m going to call you names.

A.P. Dillon is a freelance journalist and is currently writing at The North State Journal. She resides in the Triangle area of North Carolina. Find her on Twitter: @APDillon_
View all posts by A.P. Dillon →
This entry was posted in Academic Standards Review Commission, Common Core, EDUCATION and tagged Weekend Reads. Bookmark the permalink.