According to parents still fighting against the use of controversial MVP Math, requests for copies of the surveys related to the curriculum are not being turned over.

Blain Dillard, the parent who was sued by MVP Math, believes that the district his hiding behind an outside contractor to keep those surveys from coming out.

Can government hire contractors in order to subvert NC public records laws? NO. WCPSS contracted MGT, which made documents in connection with the transaction of public business. Now WCPSS refuses to release them to the public. Any lawyers or media out there willing to help out? pic.twitter.com/yga17qAAfe

Quick reminder: The board changed the district policy on records requests last year.

In addition, the board proposed altering how student records are defined. While this proposal has not been instituted yet, note that this change would exclude documents created and maintained by outside vendors from review by parents and the public:

Despite growing by 1,436 students this school year, new @WCPSS enrollment projections call for fewer students over time. Staff now projecting only growing by 33 students this fall & having 163,080 overall In 2026. Last year projected having 164,076 in 2026. #nced

When it comes to enrollment projections, will the school board be turning our kids into reassignment yo-yo’s? Board member Roxie Cash seems to think so.

Roxie Cash says have to deal w/ issue of how they lift the enrollment cap at a school, bring the capped kids back & then reassign students out when it gets crowded again. #wcpss

#3 – Are the WCPSS board’s magnet schools segregating the district?

Going by this board’s own past statements and judging by the reaction below, the answer to that question is Yes.

One of reasons cited for converting East Cary Middle to a magnet school is "to provide WCPSS Chinese immersion option in Western Wake to keep market share."
CE Academy, a Chinese language charter school was approved to open in western Wake in 2020. #nced #wakepol

The board’s hypocrisy in deriding charter schools while pumping up the magnet program has not been lost on the public.

What starts with Parents changes everything. 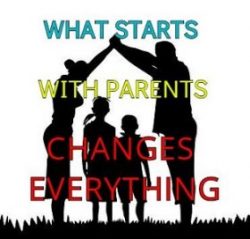 Sick of your student being constantly reassigned?

Tired of the district ignoring parent concerns and parental rights?

Tired of the board’s attacks on school choice and charters?

If you answered yes to even one of the above, consider a run for School Board. 2020 is an election year for all nine Wake County School Board seats.

A.P. Dillon is a reporter currently writing at The North State Journal. She resides in the Triangle area of North Carolina. Find her on Twitter: @APDillon_ Tips: APDillon@Protonmail.com
View all posts by A.P. Dillon →
This entry was posted in A.P. Dillon (LL1885), EDUCATION, Wake County School Board and tagged Reassignment, WCPSS. Bookmark the permalink.