The motley cast of characters who ripped down the Silent Sam statue, hurled four letter word insults at cops and assaulted folks want you to help pay their legal bills.

You read that right. Antifa and the “anti-racists” (that’s pronounced: SO-SHAL-ISTS) want you to pay for the criminal handiwork of 24 of their comrades who were arrested on a wide array of charges.

So who’s behind the funding drive?

“The Anti-Racist Activist Fund is a project of Take Action Chapel Hill and is sponsored by Sacred Fire Unitarian Universalist / Mutual Aid Carrboro, a 501(c)(3) organization.”

Sacred Fire is a Unitarian Universalist (UU) church, which is the same as saying the lean-too in my backyard is a church.  Rev. Barber’s Moral Monday antics were supported by UU.

In a video earlier this month, the News and Observer caught up with the vandals as they held a ‘support breakfast’ for 11 of them heading into court that day. The video (at the bottom of this article) shows maybe a two dozen people were there to ‘support’ the “anti-racists.”

Scott Holmes, the same attorney who represented the commies who toppled the Durham Statue, is representing this batch too. The N&O clip says that he had a private meeting with the assistant district attorney. 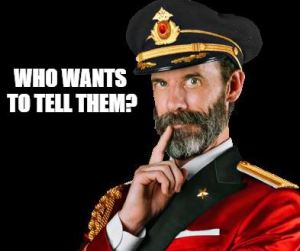 Sometime after that meeting with the assistant DA, Holmes comes out looking like someone shot his dog.

Holmes then launches into a weird speech and complains that people have been characterizing his clients as… wait for it… “unruly” or “vandals.”

Narrator: Um… maybe because they ARE?

Holmes goes on to compare his clients to the civil rights activists who held “sit-ins at lunch counters” because “they resisted white supremacy.”   Yes, Antifa idiots assaulting people and ripping down a statue is also just like storming the beaches at Normandy, or something.

Flanking Holmes on his right is the communist Workers World Party’s Raul Jimenez, who was also charged in the Durham statue case.

Every time I watch this N&O clip, I hear the sad trombone playing.

A.P. Dillon is a reporter currently writing at The North State Journal. She resides in the Triangle area of North Carolina. Find her on Twitter: @APDillon_ Tips: APDillon@Protonmail.com
View all posts by A.P. Dillon →
This entry was posted in A.P. Dillon (LL1885), CRIME, Racial Justice, Social Justice, THE LEFT and tagged World Workers Party. Bookmark the permalink.