So Yesterday, The #NCGA Gutted VoterID… 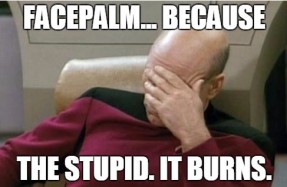 Apparently, sometime yesterday, the NC General Assembly managed to screw up an issue they had the vast majority of citizens backing: Voter ID.

Legislators decided a last minute affidavit signed at the polls is just fine. Photo ID is no biggie. Really?

Beginning on Page 6, line 33 of this conference committee legislation, NC lawmakers stripped all authority from county election boards to reject the provisional ballot of any voter who signs an toothless document, called a “reasonable impediment declaration,” and produces an official looking piece of paper with the voter’s alleged name and address on it.

At the 1:17:30 mark on this house audio recording of today’s session, Rep David Lewis announces the measure originated by Sen. Angela Bryant (D-Rocky Mount), a vocal opponent of voter ID from the beginning.

Not content with winning, Rep Glazier 1:22:20 began a series of questions to Rep Lewis that made more detailed demands to negate enforcement. Lewis caved on every added loophole that Rep Glazier could muster. (We congratulate him on keeping a straight face.)

Later in the audio, Rep Lewis cheerfully admitted that his party’s surrender was a direct result of the Soros-backed Democracy NC’s well-funded coordinated statewide effort over the past two weeks to demand unenforceable affidavits for people who couldn’t be bothered to obey the new voter ID laws.

This is an unforced error of epic proportions. My sources confirm what VIP’s article puts forth, that  Rep. David Lewis out of Harnett county led this charge.

The Daily Haymaker is all over this. I recommend reading their article on this.

Alternatively, there’s an idea floating around this morning that this is an end-run around Moral Monday. The idea being that Moral Monday activists will be purposefully showing up to the polls and screaming about their rights being suppressed because they have no photo ID, which will hurt the defense to current legal challenges.

Not sure I buy that, given that the DMV is offering free ID’s, it has been all over the news that people need to get an ID for 2016 and that the law was passed with a buffer of multiple years until implementation.

Civitas Institute isn’t buying it either, writing a strong article yesterday and tweeted out:

NC is the first state to lose voter ID case – Reps throw the case before it reaches a judge http://t.co/ev2elccsk6 #NCGA #NCPOL #CONSNC

Governor McCrory has a chance to veto this mess. Will he? Given his recent track record with the General Assembly, I wouldn’t rule out a pissing contest here.  Having said that, call the Governor’s office anyway:

A.P. Dillon is a freelance journalist and is currently writing at The North State Journal. She resides in the Triangle area of North Carolina. Find her on Twitter: @APDillon_
View all posts by A.P. Dillon →
This entry was posted in A.P. Dillon (LL1885), ELECTIONS, Voting and tagged VIVA, Voter ID. Bookmark the permalink.
Loading Comments...