Cooper created the commission via Executive Order number 10. The purpose, as stated in the Governor’s press release, is to help the state “meet its duties under the state constitution as underscored by the landmark rulings in Leandro v. North Carolina and Hoke County Board of Education v. North Carolina.” 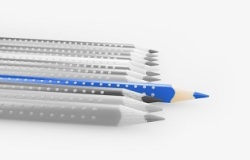 The new commission will have 17 people appointed to it, ranging from various levels of educators and educrats from around the state to a “501(c)3 non-profit representative.” Two members have direct ties to Blueprint NC as I’ll explain further in.

Much like every education-related panel or commission over the last decade in the state, what is glaringly missing is a parent representative.

Fernando Solano Valverde – Teacher representative.
– English as a Second Language Kindergarten Teacher at South Lexington School.
– 2016-17 Lexington City Schools Teacher of the Year.
– Earned his masters and bachelors degrees from the University of Costa Rica.
– No voter registration was found for Valverde.

Henrietta Zalkind – Early childhood education representative.
– Founding Executive Director of the Down East Partnership for Children since 1994.
– Zalkind is a registered Democrat.

Alan Duncan – School board representative.
– Chair of the Guilford County Schools Board of Education.
– Attorney with Mullins Duncan Harrell & Russell PLLC.
– Duncan is a registered Democrat.

Dr. Helen F. Ladd – Education researcher representative.
– Susan B. King Professor Emerita of Public Policy and Economics at Duke University’s Sanford School of Public Policy.
– Ladd is known in school choice circles for a paper she co-authored at Duke University. The paper, in a nutshell, attacked charter school enrollment by white parents as being ‘segregationist’. She co-authored that paper with Charles Clotfelter, a Z. Smith Reynolds Professor of Public Policy Studies.
– Ladd is a registered Democrat.

Business, At-Large, and other members:

Mark Richardson – County commissioner representative.
– Chairman of the Rockingham County Board of Commissioners.
– Retired colonel with the US Air Force.
– Former middle and high school teacher and principal.
– Member of the NC Association of County Commissioners.
– Richardson is registered as Republican.

Michael Williams – Workforce board representative.
– Executive Director of the Turning Point Workforce Development Board.
– Williams is a registered Democrat.

What’s more than a little shocking is that not one, but two of Cooper’s commission picks (Glazier and Winner) have direct ties to Blueprint NC – the far left, hyper-partisan organization whose mission is to “cripple, slam and eviscerate” Republicans in the state.

An investigation of NC-CRED by American Lens revealed the organization to have questionable dark money ties and a connection to the NC Advocates for Justice PAC, which is named in a campaign finance ethics complaint filed against Governor Roy Cooper.

Fulfilling and staying on top of the Leandro requirements is the role of the State Board of Education and the Department of Public Instruction.

So what is the point of Cooper’s unelected and arguably partisan education commission?

At best, it’s redundant. At worst, it’s a shadow education group with no authority; one that will likely be used first and foremost to dismantle school choice, but also to launch ideological and partisan attacks on every education decision made by the NC State Board of Education, the legislature or by Supt. Mark Johnson.

A.P. Dillon is a freelance journalist and is currently writing at The North State Journal. She resides in the Triangle area of North Carolina. Find her on Twitter: @APDillon_
View all posts by A.P. Dillon →
This entry was posted in Am Lens, EDUCATION, Roy Cooper and tagged Education Commission, Leandro, Roy Cooper. Bookmark the permalink.
%d bloggers like this: