The Central Park School for Children sent an email to staff this week announcing their first “Pride & Liberation Event” to be held on May 13th. The school will hold LGBTQ themed “mini-lessons” and activities in all K-8 classes during the week prior to the event.

The email was written by Taylor W. Schmidt, who lists his title as “MS Social & Community Studies.”

According to his school bio, Taylor Schmidt is originally from Kansas and went to Kansas State University where he received a BA degree in Biological and Cultural Anthropology.

“A wild ride involving rather large tornadoes, Maasai jumping, and a fatefully timed lecture from Justice Sotomayor landed him in North Carolina via the Teach for America program,” reads the bio for Schmidt.

Staff was given these reasons for children as young as 5 being exposed to sexually charged LGBTQ materials for a week straight in the classroom:

1.) Increased visibility for queer members of the community, with a focus on centering queer People of Color.
2.) Education on race, gender, queer history, and intersectionality, as well as advocacy, contributing to spaces of inclusiveness and liberation, and upstanding/anti-bullying.
3.) Challenging common misconceptions and the increasing instances of exclusionary, demeaning, and threatening language and actions amongst students, disproportionately affecting students of Color, LGBTQ students, and female students.

The email sent to Central Park School for Children staff also came with an “explainer” document that staff was urged to read.  The staff was told to hold on to the document until the event was “rolled out” to the community.

The “explainer” document details of the “Pride & Liberation event including a ‘Drag Queen Story Hour for kindergarten through fourth grade. According to the document, “Justin Clapp, Raafe Ahmed Nathaniel Purnsley, et. al.” are the “Drag artists/community activists, primary organizers of Triangle Pride 2018” involved in the story hour.

Justin Clapp is a gay black man who is the “Director of Access and Outreach and the Washington Duke Scholars Program at Duke University” and is also known as the ‘social justice’ drag queen “Vivica C. Coxx.”

Clapp performs as Coxx at a Durham venue known as The Pinhook.

“We put forward a social justice bent, with a focus on humor, enthusiastic consent, antiracism, antitransphobia, antimisogynyjust basically trying to create an environment for everyone. And I think anyone who has been to our shows has felt comfortable, unless they are a bigot,” Clapp told IndyWeek in 2018.

In 2018, Clapp did a TEDx talk called “Tearing Down Power Structures” along with UNC professor and Antifa/Redneck Revolt member Dwayne Dixon, who was arrested for bringing an assault rifle to an alleged KKK counter protest – a protest that ultimately turned out to be a hoax.

Raafe Ahmed Nathaniel Purnsley performs alongside Clapp as part of the “House of Coxx” seen below as a drag queen named Stormie Daie, holding up a paper that says “Fuck Donald Trump.” 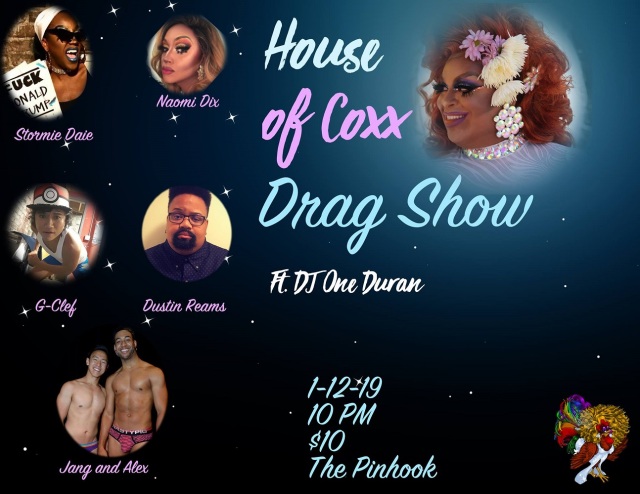 A ‘Drag Queen Story Hour’ held in a Houston library made national headline last month when not one, but two of the drag queens involved in the event were found to have arrest records.

One of the Houston library drag queens with a record is Albert Alfonso Garza, age 32. Garza is a registered child sex offender and was convicted in 2008 for the sexual assault an 8-year-old boy.

The second Houston drag queen, William Travis Dees, was exposed by LifeSite News as having been a 2004 conviction and went to jail for “sex crimes against four young children (ages 4, 5, 6, and 8)” and  that Dees is listed as a “high risk sex offender.”

Schmidt’s “explainer” document also states that this exposure of young children to LGBTQ topics is “Aligned to Central Park’s Charter and 5 year “All Children Thriving” Plan.”

The details for the “All Children Thriving” plan listed in the document include strengthening CPSC’s “identity of being committed to striving for social justice – particularly racial and economic justice.”

There is also a section that discusses emphasizing black and Hispanic students  by  building and maintaining “an environment that increases the capacity of CPSC’s community to foster white members’ and economically advantaged members’ sharing of or relinquishing of power in order to achieve equity.”

Shorter: We will make sure our white students and parents check their privilege.

Following the text about helping members to check their white privilege, Schmidt’s explainer notes that “To this particular point, Justin Clapp is uniquely skilled in pointing out power imbalances, subtle/nuanced systems of white supremacy.”

A.P. Dillon is a reporter currently writing at The North State Journal. She resides in the Triangle area of North Carolina. Find her on Twitter: @APDillon_ Tips: APDillon@Protonmail.com
View all posts by A.P. Dillon →
This entry was posted in A.P. Dillon (LL1885), EDUCATION, LGBTQ Issues, Parental Rights, Social Justice, THE LEFT and tagged Durham. Bookmark the permalink.