#DM7 Article: Capitalist Bill Gates: Socialism Will Save Us!

This is a repost of my weekly Da Tech Guy Column:

Capitalist Bill Gates: Socialism Will Save Us!

Recently Billionaire Bill Gates made some comments on Climate change and ‘saving the planet’.  The comments were, shall we say, the kind of dumb we’ve come to expect from someone who thinks that because they are rich and famous, that their mess doesn’t stink.

We see this type of ‘my mess doesn’t stink’ syndrome play out quite often with the rich and powerful. No where does the syndrome present itself on a constant and nauseating basis like it does in Hollywood.

That syndrome is thinking that by virtue of having a lot of money, every thing they do, think and say is golden. With panderers, agents and fans around them, the Hollywood star types think they must be a higher power. Their opinion is the opinion.

Inevitably, when one reaches a point where their money and power are so overwhelming, that person begins to believe everything they do, say and think is absolute, irrefutable truth. They know all. They see all. Their thoughts and beliefs are law.

Bill Gates is in that place and has been for quite some time now.  Having said that,  it would be naive to think that the people who whisper in Gates’ ear and plant ideas that he adopts as his own are not just as dangerous as he is.

Getting back to The Atlantic comments,  clearly, Mr. Gates was not employing the  ‘critical thinking’ he promotes so ardently in the experimental Common Core Standards.  To be specific, Mr. Gates told The Atlantic that representative democracy is standing in the way.

“When I sat down to hear his case a few weeks ago, he didn’t evince much patience for the argument that American politicians couldn’t agree even on whether climate change is real, much less on how to combat it. “If you’re not bringing math skills to the problem,” he said with a sort of amused asperity, “then representative democracy is a problem.”

What Mr. Gates arguably goes on to lay out  is a case that socialism will save us from climate change.

This from the man whose education reforms over the years have largely failed; the most recent example being Common Core known for it’s ridiculously convoluted math strategies.

Gates went on to complain about government and at the same time seemed to be stamping his foot that they weren’t doing it fast enough and doing it his way.

Gates has built a massive empire – he is a very successful capitalist. I am not saying the man is dumb, far from it.  But I am saying something similar to what Hot Air has concluded about Gates’ climate change remarks. Hot Air has two key lines that really rebut Gates’ flawed logic:

“Gates in a smart guy, however he’s horribly wrong and misguided on this.”

The government is the one setting up the regulatory framework, not the free market.”

I don’t think the question should be, ‘will Bill Gates save the world or not?‘.

I think the question is, who is going to save the world from Bill Gates? 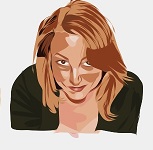 A.P. Dillon resides in the Triangle area of North Carolina and is the founder of LadyLiberty1885.com.
Her current and past writing can also be found at IJ Review, StopCommonCoreNC.org, Heartland.org and Watchdog Wire NC.
Catch her on Twitter: @LadyLiberty1885

A.P. Dillon is a reporter currently writing at The North State Journal. She resides in the Triangle area of North Carolina. Find her on Twitter: @APDillon_ Tips: APDillon@Protonmail.com
View all posts by A.P. Dillon →
This entry was posted in A.P. Dillon (LL1885) and tagged Bill Gates. Bookmark the permalink.
Loading Comments...