A former Orange County Schools teacher is facing child pornography-related charges stemming from a mid-February tip sent to the National Center for Missing and Exploited Children. 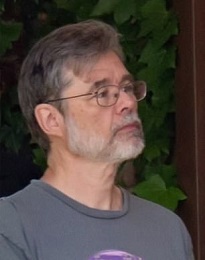 After a month of investigating the Orange County Sheriff’s Office arrested Stefan Winfried Anders, age 57, and charged him with 15 class H felony counts of third-degree sexual exploitation of a minor.

This charge includes anyone who possesses material that contains “a visual representation of a minor engaging in sexual activity.” A class H felony carries a penalty of 4 to 25 months in prison.

The tip sent to the National Center for Missing and Exploited Children was sent electronically and was shared with North Carolina’s State Bureau of Investigation, which traced the subscriber.

Anders was once a sixth-grade English teacher at Hawfields Middle School and has been suspended from his current job as a fifth-grade teacher at New Hope Elementary School.

“At the time we obtained the search warrant, we were unaware of any New Hope Elementary students being the subject in any of the photographs,” said Woodlief. “At this point in the investigation, that is still the case.”

Both schools are located in the Orange County School district, who suspended Anders on April 11. The district issued the following statement:

Today, we learned that a former New Hope Elementary Teacher, Mr. Stefan Anders, was arrested on multiple charges related to exploitation of a minor. As soon as Orange County Schools was notified last month that there were possible allegations of offenses by Mr. Anders, administration immediately placed him on suspension and prohibited him from being on campus. Subsequently, Mr. Anders resigned from employment with Orange County Schools. No Orange County Schools students are connected with charges against Mr. Anders.

As noted by the school district, Stefan Anders resigned without giving required 30 days notice and did so in connection with criminal charges being filed against him.

According to a law passed in 2017, “If a teacher’s criminal history is relevant to the teacher’s resignation, regardless of whether the teacher has given at least 30
days’ notice, the board shall report to the State Board of Education the reason
for an employee’s resignation.”

Anders holds a North Carolina teaching license in the areas of Elementary Education (K-6) and Language Arts 6-9 which will expire on June 30, 2020, unless revoked before that date by the state board of education.

The Anders case is still active and there is a possibility more charges could be filed.

At the beginning of May, a child pornography sting called “Southern Impact III” was conducted in the southeastern states including Alabama, Florida, Georgia, Maryland, North Carolina, South Carolina, Virginia, and West Virginia.

Southern Impact III, coordinated by ten Internet Crimes Against Children Task Forces with the help of over 170 law enforcement and prosecutor offices, netted 82 arrests in eight states, including six arrests in North Carolina. Seventeen children were also rescued during the operation.