The first man to accuse Seattle Mayor Ed Murray of child sex abuse was found dead in a hotel room according to the Daily Mail.

Delvonn Heckard, the first of five men to accuse Ed Murray of sexual abuse, was found dead in a room of the Auburn Motel 30 miles south of Seattle at about 2.05am on Friday. He had turned 47 on Valentine’s Day.

Just two months ago, Heckard won a $150,000 taxpayer-funded settlement, after his lawsuit filed in April against Murray prompted four others to come forward.

The 62-year-old Democrat Murray, who resigned as Seattle’s mayor in September after his own cousin publicly accused him of child sexual abuse, continues to deny all the allegations.

Murray was accused by no less than 5 men that he sexually abused them when they were minors.  It wasn’t until the 5th one came forward that Murray resigned. 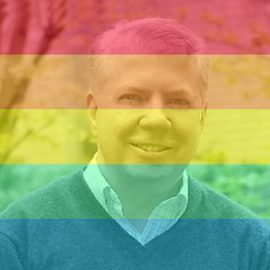 Ed Murray, elected Seattle Mayor in 2013, had pursued progressive and left-leaning policies throughout his tenure that included the enactment of a $15 minimum hourly wage and gay civil-rights laws.

North Carolinians may recall that Murray tried to boycott North Carolina over the law, House Bill 2, which was enacted to stop the illegal Charlotte Ordinance which made all bathrooms and locker rooms in the city limits open to anyone regardless of sex.

HB2 barred the opposite sex from entering facilities such as showers and bathrooms.

A.P. Dillon is a freelance journalist and is currently writing at The North State Journal. She resides in the Triangle area of North Carolina. Find her on Twitter: @APDillon_
View all posts by A.P. Dillon →
This entry was posted in CRIME, LGBT, LL1885, POLITICS and tagged Child Sex Abuse, Delvonn Heckard, Ed Murray, HB 2. Bookmark the permalink.
%d bloggers like this: