Posted on September 6, 2017 by Liberty Speaks

*This post will be updated approximately 9am EST, 8 PM EST, and 3am EST.  The updates will be listed in bold letters

As Hurricane Harvey was devastating Houston I kept searching for a site that was a one-stop information portal.   Evacuation lists, emergency numbers, shelters, flooding maps, social media accounts to follow for info, up to date weather, Govt links, news, live feeds, local emergency bulletins, maps, rescue and relief efforts, and information from others in the areas affected.  It was difficult to find one so I’ve decided to create one starting with Hurricane Irma. This list is fluid and will be updated morning, noon and night as information comes in.

11:04 AM: Eye of #Irma heading towards the SW #Florida coast. Everyone needs to remain sheltered in place. pic.twitter.com/S0t7vQdxXX 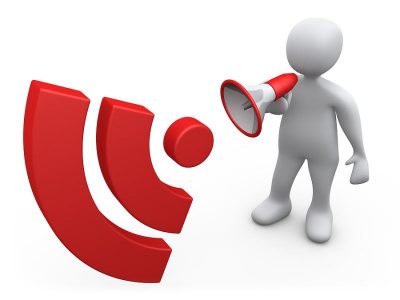 If you are in a zone that is calling for MANDATORY or VOLUNTARY EVACUATION please do so.  Property can be replaced, lives can not.

The following counties have evacuation orders.  This list is fluid, and will be updated on FloridaDisaster.org.

Based on recent forecasts, the US Army Corps has been reviewing how the federally operated Herbert Hoover Dike will be impacted. Governor Scott spoke to Col. Jason Kirk with the U.S. Army Corps of Engineers today and the Corps. believes there will be additional impacts from excessive wind pushing some water over the Dike. While they have assured the Governor that the structural integrity of the Dike will not be compromised, Governor Scott has ordered voluntary evacuations beginning immediately in the cities surrounding the southern half of Lake Okeechobee from Lake Port to Canal Point in Hendry, Palm Beach and Glades counties. Mandatory evacuations will be put in place for these communities beginning tomorrow morning. Information regarding transportation and sheltering will be released tomorrow morning. This decision was made due to Governor Scott’s sole focus on life safety as Hurricane Irma approaches Florida. The seven cities affected by these orders are as follows:

The OEM Twitter Acct is being updated all the time.  It is including evacuation information, emergency numbers, closures, and important Irma information.

If you can, monitor the Florida 511 statewide twitter acct for traffic updates:

DOCUMENTS TO TAKE If you must evacuate:

Place papers in sealed, waterproof plastic bags.  Store in a durable, sealed box.  Grab box and take with you.

The following was sent to Liberty Speaks email…

1.  More toilet paper than you think you can possibly use.  Store it on a high shelf.  It’s no good pre-wet.
2.  Cleaning rags (old towels or old clothes, etc).  You can wash and reuse them for cleanup, which you cannot do with paper towels.
3.  bleach for disinfecting everything.  Liquid bleach (sodium hypochlorite) loses half its strength in a year and in about 3 years is totally ineffective.  The best thing to buy is CALCIUM HYPOCHLORITE at pool supply stores.  It’s in powder form, so you mix it as you need it.  This is called Pool Shock, but there are several chems used for that, so read the label.  You can disinfect water to drink.  Read online now for the formula to do that.
4,  Rubber gloves.   If you have any flooding, sewage will be present.  If any water damage, mold is possible.
5.  Heavy work gloves to protect you from nails, etc.
6.  Drinking water (tap water) stored in 2-liter soda bottles.  Cheapest way.
7.  CANNED fruits and veggies.  They won’t spoil or need prep.
8.  Ziploc bags for storing things.  Gallon size.  Keep your cell phone in one. Inflate one for a pillow.
9.  waterproof matches (camping section of any sporting goods store, Walmart.  You can even make your own.)
10.  A really, really REALLY good mechanical can opener.  Get TWO of them.  My son in law and I took the boys to SC to see the eclipse and our one can opener broke.
11.  Knife and scissors.
12.  Raingear and hats
13.  Notebook and pens.  You may be surprised how much you will need to write down.
14.  MAPS.  US and State atlases at a minimum.  If one road is blocked, you can look for others.
15.  Sharpie pens.  If you have to stay at a shelter, you will want to write your name on EVERYTHING.
16.  If you evacuate, take sleeping bags if at all possible.
17.  Guns and ammo.  There are plenty bottom-feeders out there who prey on people who evacuate or have been hit by a hurricane.
18.  If you evacuate, something to pee in.  People who evacuate can be stuck in traffic for hours and hours, taking 16 hours to go a distance usually travelled in 2. 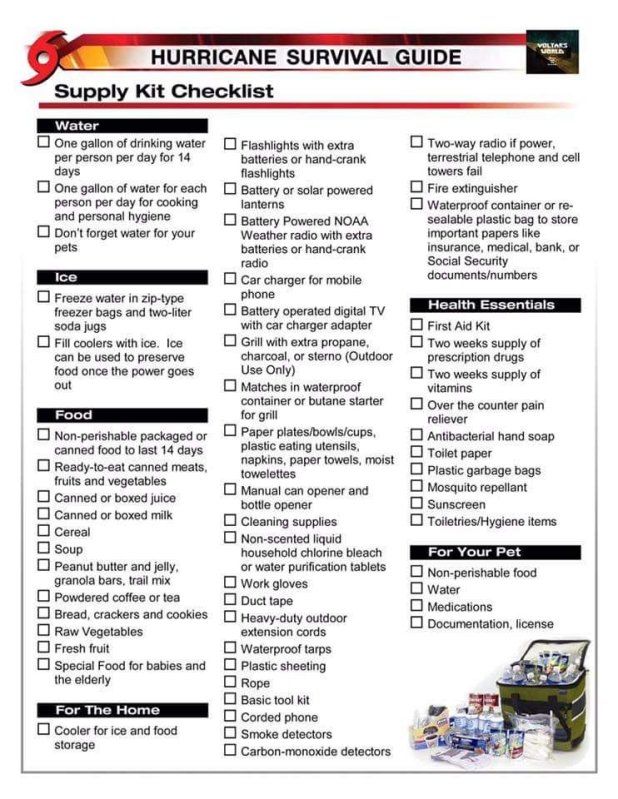 If you are concerned that you do not have a way to evacuate, please call our transportation hotline at 1-800-955-5504. We will get you out.

My order to close schools is effective Friday through Monday and includes all public K-12 schools, state colleges, and state universities. https://t.co/YOGcrEwwPY

Facebook accounts to follow-this will be updated as needed

Individualism is better than Collectivism, and the truth will always win over blind rhetoric. My friend, A. P. Dillon, founder of LadyLiberty1885.com, calls me "Digger" for good reason. I am the owner/founder of The Tempest Wire https://thetempestwire.com/ and the Castellan of the Keep on https://thecastlekeepblog.wordpress.com -LS
View all posts by Liberty Speaks →
This entry was posted in Liberty Speaks, Twitter. Bookmark the permalink.

3 Responses to #HurricaneIrma Information for #Florida