Former North Carolina Governor Bev Perdue is on the move again via her education non-profit, DigiLearn. Digital Learning is all the woman who helped cement Common Core into our state can talk about.

In a recent article at EducationNC, Perdue was interviewed about the alleged benefits of digital learning. The article contains multiple videos and cites Perdue as saying that, “[Digital learning] totally can wipe away the divide that’s existed in education and training for all of our lives.”

This continued push in Digital Learning comes despite a study from January 2016 that says digital devices are a major distraction to students and achievement levels were suffering.

The study was done by Bernard McCoy University of Nebraska Lincoln which was published in the Journal of Media Education and involved college students.

A variety of recent research suggests that digital device access is lower academic progress, creating developmental delays for young children and has become a real distraction in the classroom. Digital learning is also proving to be very, very expensive.

Read: Screens In Schools Are a $60 Billion Hoax 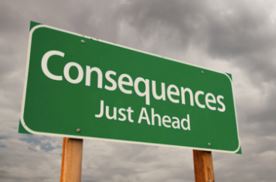 So why push digital learning and devices for all kids?

Robbins points out that the U.S. Department of Education has launched the #GoOpen Initiative. This initiative is centered on digital learning and Open Educational Resources (OER).

This initiative is worrisome on a few fronts.

Firstly, the U.S. Department of Education’s goal here is to peddle Common Core-aligned online resources. Schools and districts who have attempted to extricate themselves from Common Core will now find themselves locked in as districts migrate to digital content.

Secondly, as Robbins points out, this initiative will arguably increase the federal government’s ability to monitor and track both student and teacher use of the offered online resources.

More About DigiLearn & The Gates Connection

According to DigiLearn’s website, the purpose of the organization is to, “accelerating digital learning for all ages with a goal of increasing personal learning options for students and expanding instructional opportunities for teachers and instructors.”.

DigiLearn was formed by Perdue and former Wyoming Governor Jim Geringer not long after Perdue left office. While touting non-profit status, DigiLearn is an incorporated entity.

The organization has benefited from two grants from the Bill and Melinda Gates Foundation.

The second grant came in 2015 for $150,000. The purpose of the second grant was for the implementation of, “Virtual Innovation Studio which is designed to accelerate personalized learning opportunities that will close student achievement gaps.”.

Of note on the DigiLearn board is Tom Vander Ark, who is the treasurer of International Association for K-12 Online Learning (iNACOL) and the former Executive Director of Education for the Bill & Melinda Gates Foundation.

Also of note on the DigiLearn board is Bob Wise, former Governor of West Virginia and former member of the U.S. House of Representatives. According to his bio on the DigiLearn site, Wise joined Jeb Bush in chairing the “Digital Learning Council” in 2010.

Wise is also the President of Alliance for Excellent Education. Wise is well-known by Common Core opposition, as he has been a stalwart supporter of the standards.

In 2003, Gates gave the Alliance for Excellent Education what appears to be over $500k in seed money.

Of that over $17 million dollar total, grants given that relate to Common Core under “College Ready” totaled $11,313,870. One grant from November 2009 was in the sum of $551,336 and was given expressly, “to grow support for the common core standards initiative”.

Wise’s involvement in Common Core predates the launch of the standards by 4 year, going back to a meeting held in North Carolina in 2006 at the invitation of Former North Carolina Governor Jim Hunt.

A.P. Dillon is a reporter currently writing at The North State Journal. She resides in the Triangle area of North Carolina. Find her on Twitter: @APDillon_ Tips: APDillon@Protonmail.com
View all posts by A.P. Dillon →
This entry was posted in A.P. Dillon (LL1885), Common Core, EDUCATION and tagged Bev Perdue, Digital Learning. Bookmark the permalink.