Last night was the final Presidential debate. This thread will serve as my usual rundown and link-around. My commentary from during the debate can be found here.

Another Fun Fact: Romney kicked back with burgers and milkshakes before the debate. 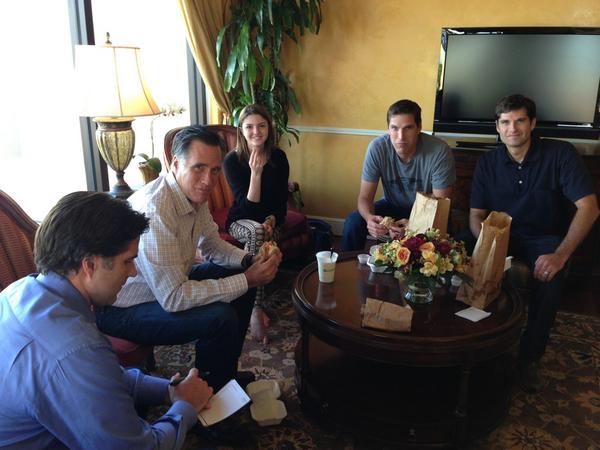 Transcript at ABC and NY Times. I don’t give just one anymore after ABC edited out comments last time.

Key Ads already out there:

Who thinks Romney won and why:

OBAMA’S CAMPAIGN STRATEGY: In a single picture:
– Via Instapundit

The Gaffes, The Highlights & Miscellaneous:

I plucked some tweets from last night. In the effort of saving space and time, they are linked instead of embedded:

A.P. Dillon is a freelance journalist and is currently writing at The North State Journal. She resides in the Triangle area of North Carolina. Find her on Twitter: @APDillon_
View all posts by A.P. Dillon →
This entry was posted in Campaign 2012, Foreign Affairs and tagged Barack Obama, Lynn Debate, Mitt Romney. Bookmark the permalink.