“My Presidency is not done, I’ve got another 5 years coming up.”  Yeah…about that re-election bit. I don’t see you coming back for a second term after the toughest three years this country has seen in a lifetime.

“The change we fought for in 2008 hasn’t always happen as fast as we would have liked. After all that’s happened in Washington, sometimes you look and see the mess and it’s tempting, I think, to sometimes say, ‘You know what, maybe change isn’t possible. Maybe that spirit that we had, maybe we were naive.’ I know it’s tempting to believe that.”

The change isn’t happening as fast as you like because this nation woke up mid-stream. We weren’t naive, no one vetted you. You’re no Ghandi nor Nelson Mandela — they didn’t operate based on Critical Race Theory.

The Rest of the Peanut Gallery:

Someone let Biden out without his minder again. I can hear the screams from the White House from here.

“You can go back 500 years. You cannot find a more audacious plan. Never knowing for certain. We never had more than a 48 percent probability that he was there.”  500 years eh? I guess all of these don’t count.

“Now, for you who are not full Irish in this room, lubricating has a different meaning for us all.“  Facepalm. I wonder how that one will be explained to Sasha and Malia.

Oh dear. Wasserbeast is confused again. It’s only natural since she lies a lot.

“All they would do is more drilling.”
Well, yes there would be drilling because that’s how you get to the oil sweetie.

“That’s not what I said.”
I’ll say this very simply so you don’t get more confused. There’s this awesome new thing called video, Debbie. A video is just like making a movie. There is quite a lot of video of you…and guess what? You DID say that! Surprise!

Nancy Pelosi (D-imwit, CA) says that being a Food Stamp President is a badge of honor they way they see it. What. A. Loon.

Mike Honda (D-himmi, CAIR) thinks private companies pulling their ads from the now-canceled “All American Muslim” show on TLC is just like the Japanese internment camps. 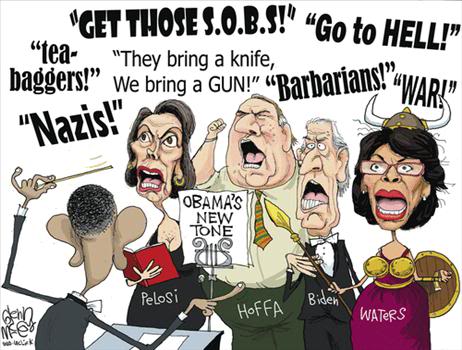 Keith Ellison (D-himmi, CAIR) believes that the Nazi’s bombed Pearl Harbor but is darn sure Iran does not have a nuke yet. Oh and the inspectors in Iran we kicked out, Keith.

Jan Schakowsky (D-imwit, IL) isn’t promoting sterilization of young women, she just wants to make it free… just like contraception and the rest of Obamacare services that the rest of us will fork over more and more of our checks to make it all “free”.

Capital One and Wegmans Spokesman, Alec Baldwin can’t stay away from Twitter or seem to keep himself from calling Andrew Breitbart (RIP) a ‘festering boil on the anus of public discourse.‘ Of course, Breitbart had the perfect response for Baldwin. Alas, Baldwin wasn’t the only one to disparage Breitbart.

Bill Maher shows what an incredible Biblical scholar he is.

We have three recipients of the “That’s Racist!” Award:

Jake Tapper does his job.  We all know the media thinks we can’t handle the truth.

The Mental Midgets of MSNBC

The Award for Overly Dramatic Analogies goes to Chris Matthews.

Runner up: MSNBC Analyst who claims Republicans are ” Literally Trying To Insert Themselves Into Women’s Bodies.”

Eww, seriously…you had to go there? Fine, then I’m going here.

The Otto Award for Stupidity goes to Meghan McCain – who else! 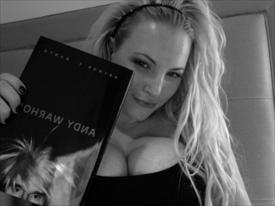 She posed for Playboy this past month and showed her lack of brains off in spectacular fashion.

McCain revealed her secret desire for a gay rumor and that she loves sex and men – because she’s “strictly dickly“.

Her father must be so proud.
I wondered why my blog had thousands of hits on her name – chill guys, she did it clothed. Rather lame, since she had no problem going buff for a PSA.

2 Responses to Say What?: Obama & The Peanut Gallery Edition